Every student dreams of their graduation day, walking across the stage, in their cap and gown, with loved ones in the crowd cheering them on. 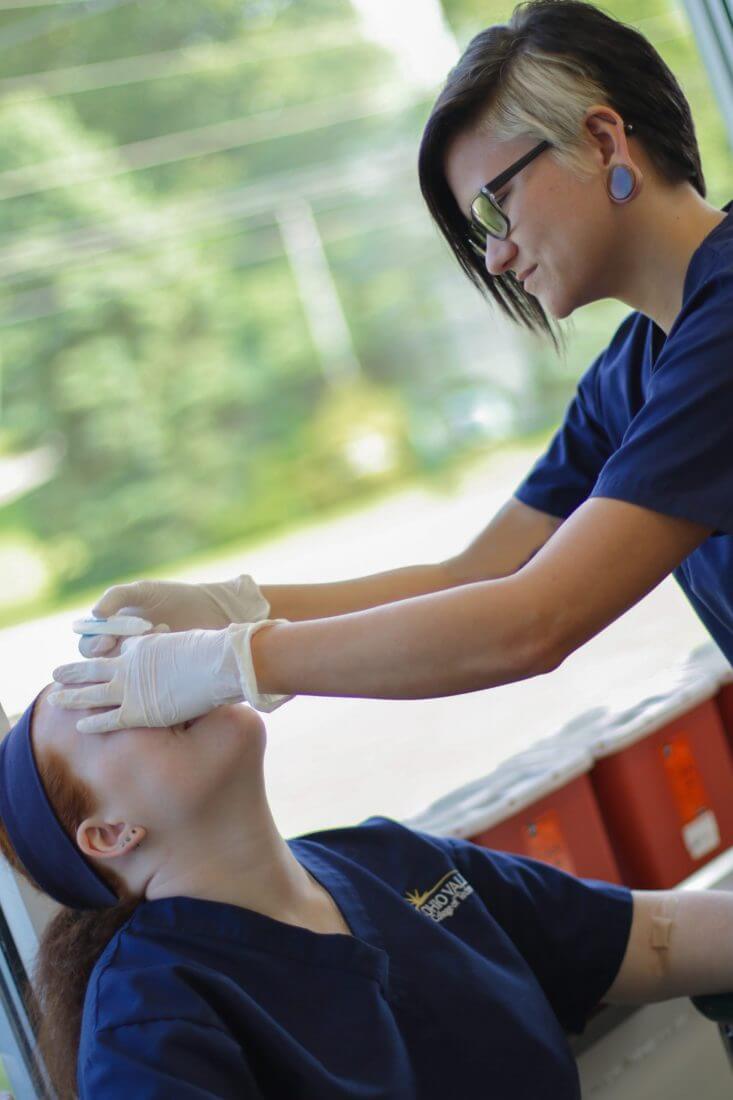 Courtney found out that her father’s stage 4 cancer had spread to his brain. Scheduled to graduate in August with her class, Courtney was worried that her father would not make it to her graduation to see her walk across the stage.

Courtney shared her concerns that her father may not make it to graduation with East Ohio’s Career Management Director, Courtney Martin. Always willing to help her students out, Martin knew she had to do something.

“My first thought was, ‘What can we do? We have to do something. What can we do to make something happen that’s going to help the situation?’ so I went into my office, pulled a couple of my work studies and some of the student government members, and we just talked it out,” Martin said in an interview with WYTV.

Courtney got a text from Martin asking her to come to her office at 11:55am the next day. When she arrived, there was a cap and gown waiting for her. Courtney walked through the East Ohio campus in front of faculty, staff, and other students, and received her diploma.

The most amazing part of Courtney’s special graduation ceremony is that it was live streamed on Facebook, with her father and mother watching on the other end.

“Mom said he smiled and then I walked in and showed him my degree. He gave me a hug and everything, told me that he loved me, that he was proud of me,” said Courtney in a WYTV interview. Later that same evening, Courtney’s father passed away.

“For those of you who saw my graduation video and sent me a ton of gratitude with it, I just want to inform you that it was not my actual graduation. I still have a few more months of school to go. My wonderful East Ohio family set up a ceremony for my family and I, so my dad could watch me walk and get my degree, since we knew he wasn’t going to make it until August. I had been persistent about walking in August so he could see it,” said Courtney in a Facebook post about the event.

Courtney got to achieve her dream of walking in graduation with her parents watching, proud of what she has accomplished.

“I cannot express how much I appreciate what they did for my dad. It was literally that night after he saw the video that he was gone. He was able to see me in a cap and gown, and he saw me receive my degree,” said Courtney.

She continued, “When they say their motto is ‘WE CARE’, believe me, they actually do. They threw together the whole celebration in a single day with the faculty and students there. I feel like I’ll never be able to thank them enough for what they did. My dad was always telling me how proud he was of me and always asking about school. I know he’s proud of me, and they made it so he saw that my hard work paid off. East Ohio is by far the best school you could ever attend.”

Our East Ohio family is honored that we were able to give Courtney and her family this special graduation ceremony. Thank you to Ms. Martin and everyone else involved!