East Ohio College Admissions Advisor Donna Juszczak is a 19-year veteran of the East Ohio staff.  Affectionately known as “DJ” because her last name is so hard to pronounce, she is a Beaver Local High School graduate. Right after high school, Donna attended a local university. She always wanted to be a Physical Anthropologist and follow in the footsteps of Louis Leakey or Donald Johanson, but states that she “couldn’t cut the math classes.” 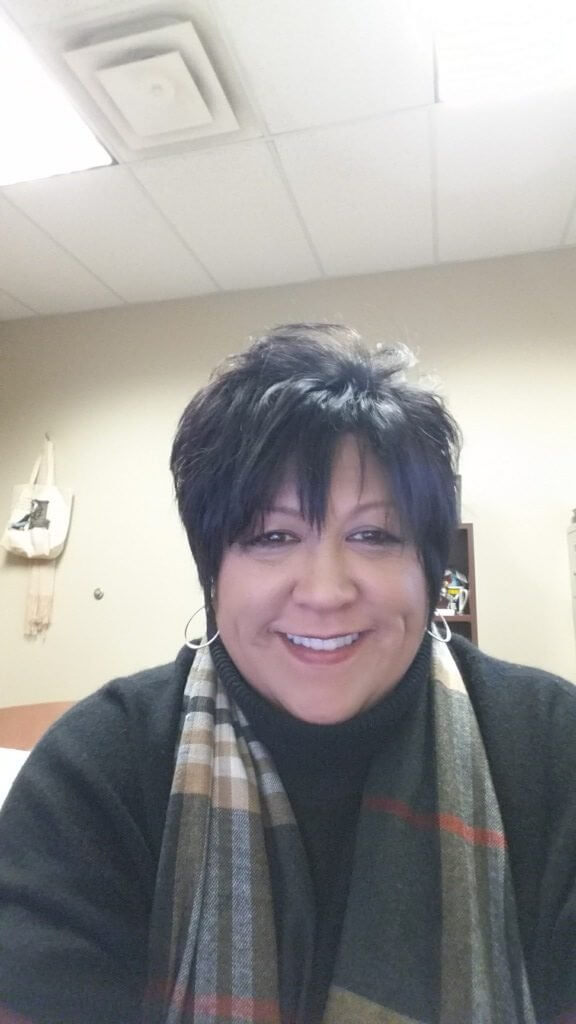 She has been married to a great guy for 35 years and has one son. After being a stay-at-home Mom for eight years, she decided to start classes at East Ohio in order to obtain an education that would make her employable. “I came to East Ohio and never left.”  Donna was hired as an Administrative Assistant as soon as she graduated and subsequently moved into her current role as Admissions Advisor.

Prior to attending East Ohio, Donna worked as a babysitter, waitress, movie theater cashier, researcher/interpreter for the Ohio Historical Society, and medical biller and coder. Donna states that she chose to work at East Ohio because, “I love the school, believe in the mission of the school, and love the fact that we help people in a very unique way. It’s also a challenging job that never gets boring.” Her favorite part of working for East Ohio is that it is her second family. “We all get along and trust each other.  Sometimes we don’t agree, but we all work together. It’s kind of like a marriage. You can’t quit just because things get a little rough. As long as we all work together, we get things done,” Donna says.

Donna is most motivated by the East Ohio students.  She says, “there are some that have to fight the world to get through school, but they do it! I love their success, especially the people that come in to see me that have been told all their life that they can’t do it, they aren’t smart enough, or aren’t good enough.  You CAN do it and you ARE smart enough. You just need to be motivated enough to get it done!! That’s where I come in.”

Donna likes to work hard. She definitely has a solid work ethic. When asked what she is most proud of, she said, “It’s really awesome to work for a company that trusts you to do your job every day without micromanaging. I can see my successes when I do my job, even if it means putting in long hours sometimes. Just like any job, the harder you work, the bigger your successes. Sometimes I don’t achieve what I set out to do, but it’s important that I do my best, and that is a matter of pride!”

When not on the East Ohio campus helping students to jump start their careers in Nursing, Medical Assisting, Dental Assisting, Medical Office Administration, or Business Administration, Donna is a true beach bum who loves hot weather, so she tries to head south every chance she gets. When not at the beach, Donna says she loves to watch scary movies, read, and cook. “Oh, and there is the occasional casino visit,” she chuckles.

Interestingly, Donna is a total and hopeless Anglophile.  She tells us, “I can’t remember what I had for breakfast, but I know about the Battle of Hastings and the House successions of the Monarchy!” Any conversation with “DJ” is always entertaining. Asked if she wanted to add anything else, Donna exclaimed, “call me crazy, but there IS a Bigfoot!”

To learn more about how Donna can help you down the path toward your future career, click here!