East Ohio College student Mona Little is currently in the process of completing her first classes toward her Associate Degree in Medical Assisting. Mona had previously taken some classes for a short time at another medical training facility, but couldn’t focus on it due to her parents and grandparents being in and out of hospitals. From 1995-2018, Mona had her own business as a Notary, but closed that business and started working part-time at the local Big Lots. 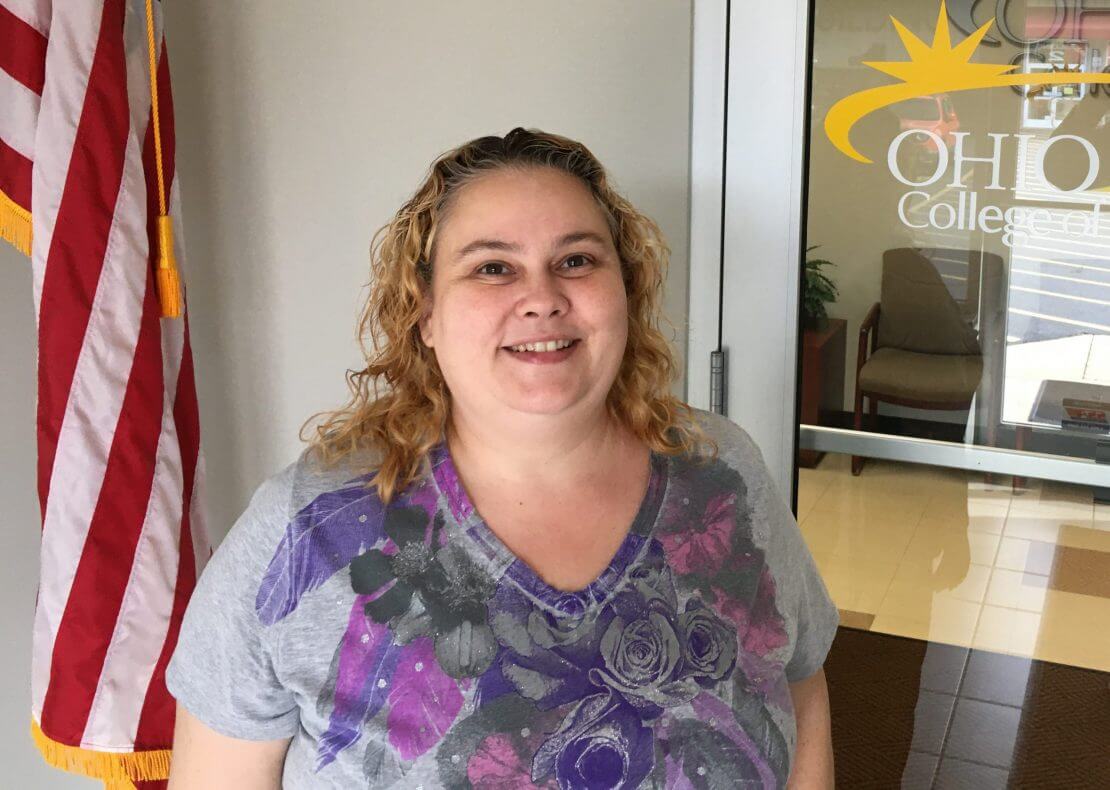 Mona chose East Ohio because somebody she works with told her she “needed a change” and should look into East Ohio. Mona stated, “I thought about it for a month, then signed up and I love my classes. Everyone is so wonderful here.” Mona states that she originally thought about other healthcare training programs, but decided on medical assistant training because she grew up around it and wanted to have a career with better pay.

Mona says that her favorite part of attending East Ohio is the teachers! “Everyone I met or had (for class) is awesome. It is a great environment”. She specifically mentioned that she “learned so much” in Mrs. Rogers’ and Mrs. Poynter’s classes.

Upon graduation, Ms. Little plans to work in a doctor’s office, utilizing her skills by taking vitals, blood pressures, and preparing patients for the doctor. Her five-year plan is to have a great job, a house in the country, and her bills paid off.  When asked if she would refer a friend to East Ohio, Mona states “Yes. Best choice I ever made. Great staff and great students. You will feel welcome.”

To learn more about East Ohio’s career training and our “WE CARE” family atmosphere, visit www.eastohio.edu to get started!